Tailored made tours are all about what you choose them to be. We give suggestions and insights about the plethora of places that exist in the region and are worth visiting, you give us the details such as how many days you have available and which of those places calls you the most, and we then do the rest.

There are great number of places to see and experience in Croatia. There is natural beauty, historical buildings, ruins of an ancient sites, modern towns, cultural events, and more. Croatia is divided in two main parts: coastal and inland.

Coastal Croatia is divided in two parts – Istria and Dalmatia. It has Mediteranian vegetation, the karst mountain chain of Dinaric Alps that expand all the way to Albania. It has 1000 islands, Venetian archietecture, and interesting Mediterranian culture. Istria is the biggest peninsula in Croatia with charming ancient Roman and medieval towns such as Pula, Rovinj, Porec, Motovun. The first of these houses the best preserved Roman amphetheatre in the world! In Istria there is also an incredible island of Brijuni – an Eden-like National park, a secluded island with various animal and plant species, ancient sites, and gorgeous nature and beaches.

Dalmatia covers larger coastal area and it spreads all the way down South to the borders with Monte Negro. Main attractions there are towns such as Dubrovnik, Split, Šibenik, and Zadar – all of which have an amazing stories to tell and things to see. Of Dalmatian islands the most popular are Hvar, and Brač, and for those looking for adventure or seclusion can go all the way to Vis or even Lastovo!

Inland Croatia, on the other hand, offers completely different experience. Unlike Venetian-looking Dalmatia and Istria which are infused with Mediterranian climate and vegetation, inland Croatia has continental climate, like other central European countries, and its historical buildings have also adopted architectural styles similar to those countries. Main city in inland part of Croatia is Zagreb – the capital city and a great place to see, from where you can do many daytrip to other Northern parts of Croatia – such as Varazdin (former capital), Zagorje region (known for its hills, wines and castles), the Plitvice lakes national park (the most popular one in Croatia, known for its lakes and waterfalls). From Zagreb you can also do daytrips to Slavonia, which is the Eastern part of Croatia, and see some  Parks of nature  there such as Papuk and Kopački rit, or ride a Slavonian horse breed in a town called Đakovo.

Croatia is famous for its natural beauty, which is why it has eight National Parks and eleven Parks of Nature – most famous of these are Plitvice, Krka, Kornati, Mljet, and Brijuni.

If you also look for local experience, we can take you to lunch where only local people go, to see how Croatians live both during their free time and work. Food varies from region to region, but it is prepared with lots of emotion and care. There is various fish dishes on the coast, specially prepered pasta dish known as mlinci, various type of meat and vegetables…

Whatever aspect it is that you would like to experience, whether that’s peaceful secluded places, whether it is sailing or hiking, city breaks or wild life, nature or local experience, mountains or meadows, or perhaps a little bit of everything, just let us know and we will tailor a tour that is perfect for you.

1
This is an example itinerary. Bascially the first step would be for you to tell us which places you want to see the most, and how much time you have.

Once you’ve done that, we sent you one, two, or three itineraries  for you to choose.

2
Once you have chosen your itinerary, the tour can start. Whether that be one day, two day, or multiple-day tour, we make sure that you have a great experience.

Tailored tour functions in the same way as classic tour – it includes transportation and a guide. The only difference is that you tour is tailored to suit your needs and wishes.

3
Once we cover everything you wanted to in the tour, we go back to the starting point, or drop you off at a place from where you would like to continue further. Often time drop off places are cities such as Split, Dubrovnik, Zagreb or Venice. But it can be anywhere in/around Croatia. 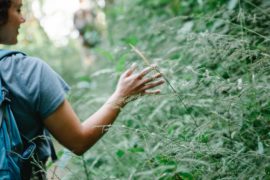 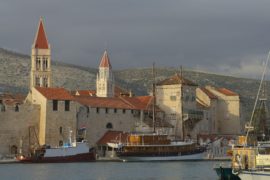 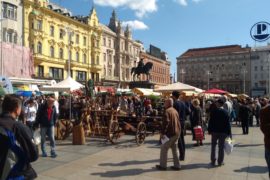