This is a two hour tour that encompass an exploration of the former capital of Croatia, one of the Croatian prime center of culture and music – Varazdin.

Beautiful historic town Varazdin is about an hour away from Zagreb. It gained popularity after high grades of respected tourism organizations, nevertheless its shine and quality is there from much before that. During the 18th century it was the capital of Croatia, until unfortunate fire thirty years later that destroyed part of the historic centre. It is a town of different architectural styles, such as rennaisance, baroque, clasicism, however the most prominent one is baroque. It is also a town of bicycles, music, and culture. Many are comparing this town with lovely centeral european towns, and it is even known as a “Little Vienna”. Historically, to the empress Maria Theresia, Varazdin was a favorite town in that part of the empire, which is why she made it the capital of Croatia.

Come to Varazdin and discover various European influences and the charm of this beautiful town.

1
We start this tour from the city center of Varaždin. If you need private transfer from Zagreb to Varazdin and back to Zagreb, let us know and we can organize it for you. After meeting with your guide, the tour commences.
2
The tour of Varazdin includes visiting the following sites: – visiting one of the most beautiful graveyard of Europe – walk along the fortified hills of Old Town castle – possible entrance inside the castle, depending on when you visit Varazdin (working time is Tue to Fri 9am-5pm, Sat and Sun 9am-1pm) – Stancic square; Traditional crafts; Ursulin church and convent – possible entrance to the museum of bugs (working time is Tue to Fri 9am-5pm, Sat and Sun 9am-1pm) – Lunch in a fine restaurant where you can also try traditional food of this region. – Franciscan square and the Patacic palace – King Tomislav square (Korzo) and the Cathedral – Vatrosla Jagic Park
3
After seeing all of those interesting sites in Varazdin and getting to know it in a fulfilling way, it is now time for lunch. As always it will be in one of the two best restaurants in Varazdin – Verglec or Paladin.
4
The tour ends at the starting poin, or at any other place in Varazdin that you indicate. If you decide for an option of being transported from Zagreb, you will be taken back to where you are staying in Zagreb. 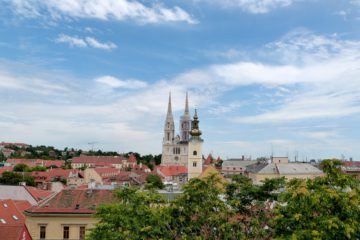 This is a 4 hour tour covering 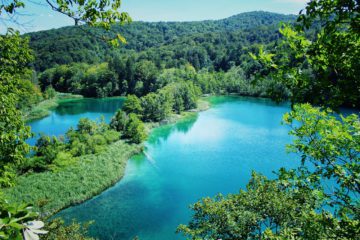 A tour from Zagreb to Plitvice lakes, 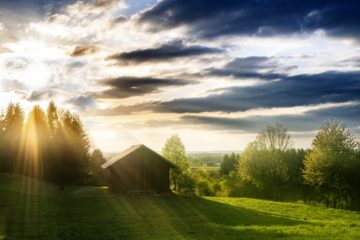 In this day trip to Zagorje we
€15.00
One tour per person 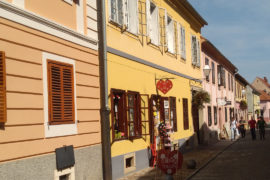 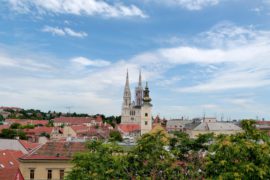 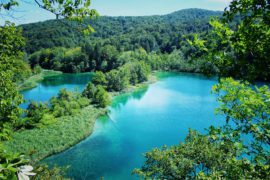